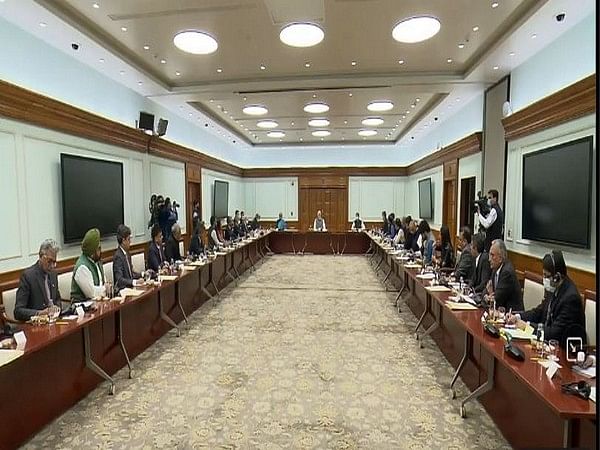 The discussion revolved around seeking suggestions on how to make doing business in India “more easier”, attracting more capital and furthering the reform process.

Fund representatives praised PM’s leadership saying it has been prime driving force behind the massive boost to the investment climate in the country.

They thanked the Prime Minister for personally taking up the issues related to private equity and venture capital.

“The interaction that we had with the Prime Minister was just amazing. He listened to every single input given from the private equity and venture capital players,” said Sandeep Naik, Managing Director and Head of General Atlantic’s business in India and Southeast Asia.

According to Sunil Goyal, Managing Director and Fund Manager at YourNest Venture Capital, the Prime Minister not only took input from the industry leaders but also gave several suggestions and investment ideas.

Following their meetings with the prime minister, private equity, venture capital players reiterated their commitments to increase investments in India.

“We go to the different parts of the world and say, that there is no better place to invest than India. Because here there is a certainty, surety, and transparency and there is a willingness to do more and more,” said Sunil Goyal.

“I am extremely bullish about India because of the steps that the government is taking and because of the entrepreneurial energy and the environment that Startup India has created,” said Sandeep Naik.

“The Indian startups ecosystem has come up a long way. If you go back 10 years ago, we had no unicorns. At the end of this year we will have 70 unicorns. Ten years ago we had less than a $1 billion funding going in start-ups. This year we will have over $30 billion. I credit a large part of this to be due to the extraordinary focus our Prime Minister Modi and his government has given to start-ups. The startup movement really started accelerating since 2015 and every year it is going stronger,” said Anandan.

Prashanth Prakash, co-founder and partner, Accel, said the Prime Minister highlighted the need for promoting startups in the agriculture sector.

According to Prakash, the Prime Minister was of the view that startups would play a very important role in doubling farmers’ income.

“It was a great opportunity to interact with the PM. I presented the idea that this is the moment of agri startups,” said Prakash.

Siddarth Pai, founding partner, 3one4 Capital, said the Prime Minister’s vision has unleashed entrepreneurial spirit among the youth of the country. “India is a nation full of dreamers who no longer go to Bollywood to become an actor. They now go to Bangalore to become an entrepreneur. That is the change, the prime minister has brought,” Pai said. (ANI).