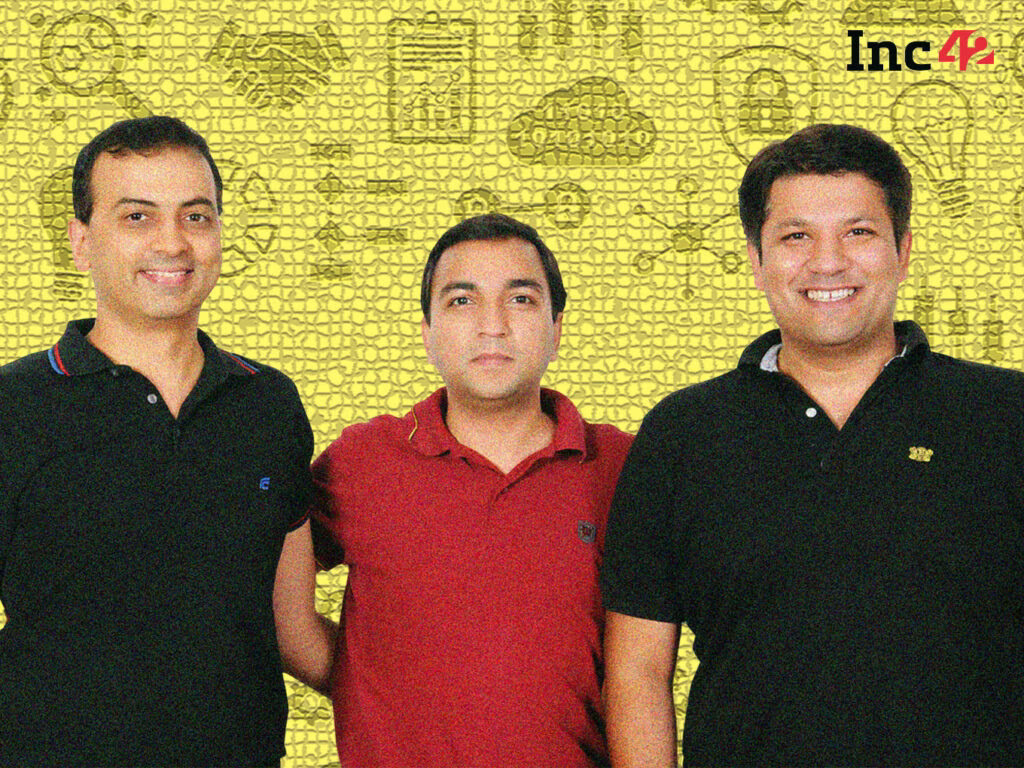 Reward points have become an effective marketing strategy for customer retention. But limiting their usage to in-app marketplaces means users miss out on judiciously using their rewards. While there are some credit card companies which directly adjust the value of the reward points in the upcoming billing cycle, the reality is that most of the reward points in circulation are not utilised properly.

Fintech startup Twid has closed its Series A round of funding worth $12 Mn (INR 94.5 Cr) to help shoppers use their reward points across platforms.

Founded in 2020 by Amit Koshal, Amit Sharma and Rishi Batra, Bengaluru and Singapore-based Twid, is developing a platform that makes use of reward points from platforms such as credit card issuer banks and brands such as Flipkart to use on platforms such as JioMart, boAt, ixigo and other merchants. 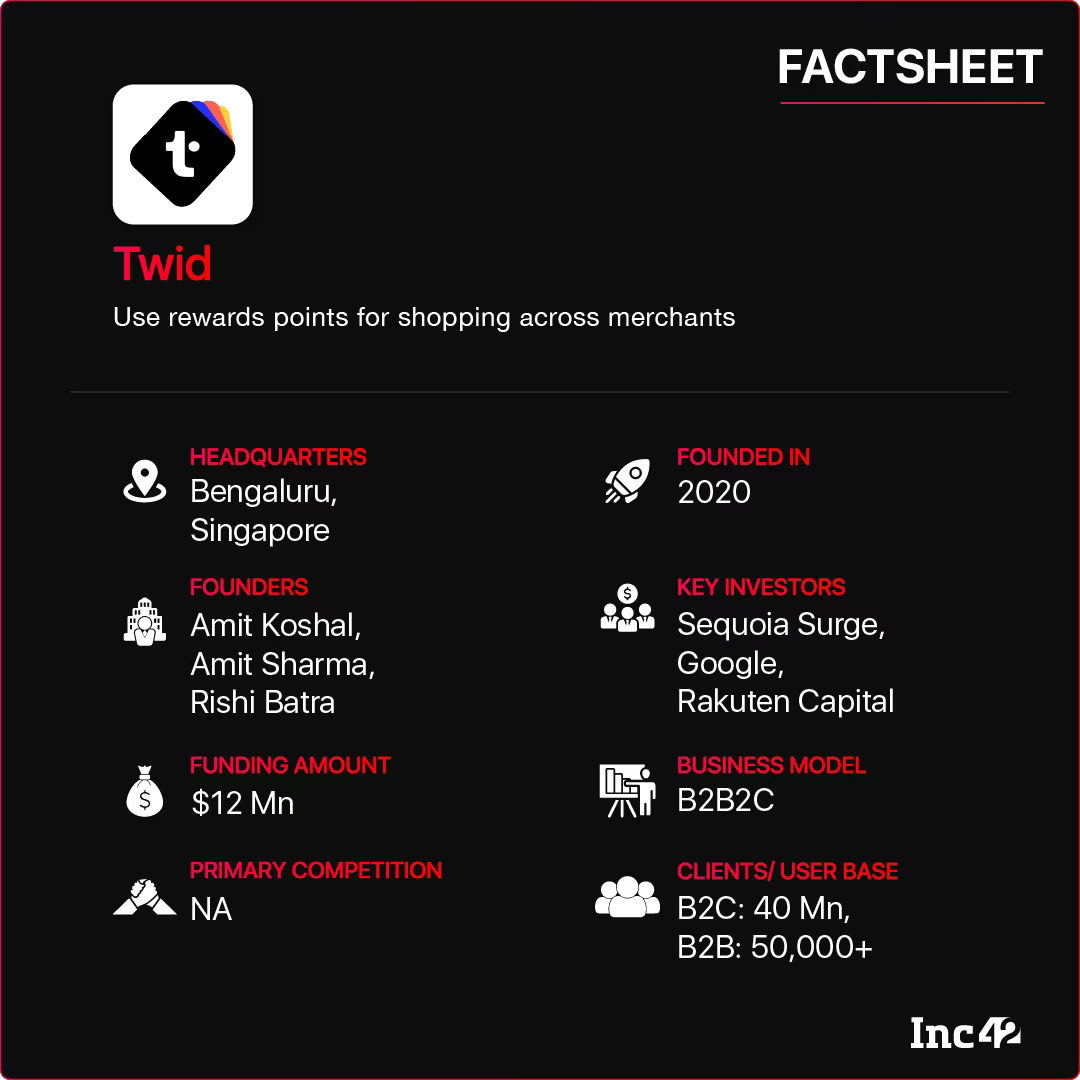 Businesses including credit card companies, ecommerce websites and even some merchants have been offering various kinds of reward points. That is, the users can use reward points to pay a part of the total bill amount, while the rest can be paid by any of the conventional methods.

The popularity of reward points is evident in the size of the global loyalty programs market, which is set to reach $142.6 Bn, according to the Q1 2022 Global Loyalty Programs Survey.

However, these reward points are tricky to use, which makes them effectively useless if a customer does not know how to monetise them.

Speaking with Inc42, cofounder Amit Koshal said that the reward points-based payment network will use the funds to build the network, develop data science tech capabilities and hire talent across teams.

Unlocking the Potential of Reward Points

“Twid is a reward points-based payment network, a business very similar to what Visa and Mastercard. What they have created with fiat currencies, we are building with non-fiat currencies,” Koshal said.

Calling reward points a ‘locked asset’, Koshal said that the problem statement for Twid was how to allow customers to make use of the points they receive from various instruments such as credit cards.

Explaining how Twid works, Koshal showed a live demo at one of the fintech startup’s partners, JioMart. Selecting a few products on JioMart’s website, Koshal proceeded to the checkout and selected ‘Pay With Rewards’, which happens to be Twid’s trademark.

Upon selecting ‘Pay With Rewards’, the user is redirected to Twid’s payment page, which depicts the exact amount of reward points from various point issuers, along with options to pay the balance amount, if any, via conventional methods.

“You see Pay With Rewards at the moment of truth, that is the checkout page. We receive the customer’s mobile number in a very encrypted manner, which we then use to ping all our partner issuers – the banks and brands – to check whether the customer has points with anyone. Automatically, you will see all your points fetched in one place and you can see all your point balances. You can select any one [type of] point and pay the remaining balance,” Koshal explained.

Explaining how the system works, Koshal added, “We have the payment gateways, the merchants, the issuers and the end customers integrated into the platform using APIs. So it becomes a platform which is built like a payment network.”

“I think for us, with this round of funding, it has become incredibly important to make the platform experience fantastic,” said Amit Sharma, one of the cofounders of the fintech startup.

Sharma added, “Two primary areas that we are going to be focusing on – one is the platform engineering side, where we want to make it extremely scalable and the second thing is to increase customer delight by introducing real-time personalisation and recommendations.”

Twid works on a B2B2C business model, with the fintech startup having agreements with the merchants mentioned above. The end customer does not have to pay any processing fee or MDR on payments made via Twid.

According to Koshal, the startup takes a cut from the total bill value per transaction using Twid’s platform, and the cut varies from merchant to merchant. Though he declined to share any revenue figures with Inc42, he did say that Twid features more than 50,000 merchants, having 40 Mn registered users so far.

Koshal also claimed that with Twid, merchants were able to cut down on their marketing costs by not having to provide as deep discounts as before.

Koshal claimed that while there are companies that are solving the issue in ‘bits and pieces’, Twid is the only embedded payment network that integrates all terminals of the ecosystem.

The problem Twid is solving is a personal one for a majority of people who receive reward points but don’t know what to do with them. With Pay With Rewards, Twid looks set to make reward points usable again.